I first found Assistant Prof at UCLA Abigail Saguy when I was looking for articles on obesity whilst doing research for my childrens book and I came across a thought-provoking article she'd written about the media and obesity. 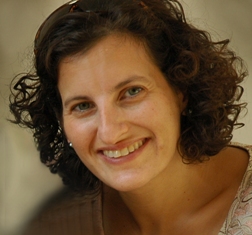 In it, she pointed out that between 1980 and 2004, media reports on obesity and health (like articles on obesity) increased exponentially, outstripping all other health issues. I thought she raised some really important points.

Media reports dramatize the medical risks associated with "overweight"/"obesity" in many ways. For instance, they tend report on official statistics in which almost 2/3 of the U.S. Population is overweight or obese and then zone in on examples from the heaviest 1 or 2 % of the distribution of body mass.

Few people know, for instance, that according to the most authoritative CDC study, there is no statistically significant increase in relative risk of mortality among 25-59 year olds until you get over a BMI greater than 35 (13.3% of the US population compared to almost 2/3 who have a BMI over 25).

Among never-smokers, there is no statistically significant difference in the relative risk of mortality between any of the weight categories period (Flegal et al. 2005). In other words, according to the best data we have,higher BMI does not predict greater mortality.

The term "obesity epidemic," which is also used by obesity researchers to mean that the numbers of those with a BMI > 30 are "greater than expected," also creates alarm and fear through its original association with infectious disease.

There are many who benefit from heightened concerns about obesity.

How does the type of panic the media and articles on obesity create, contribute to the stereotype that heavier bodies are because of some kind of lack of discipline or lack of moral fiber on the part of overweight people?  Something a thin person apparently has plenty of!

It detracts attention from poverty, lack of access to health insurance, and other "structural" issues. If obesity is framed as a disease with biological/genetic origins, it still stigmatizes fat bodies as diseased, rather than a natural part of diversity.

Similarly, if the food industry, poverty, urban planning, or other social-structural factors are blamed for the "obesity epidemic," fat bodies are still portrayed as unhealthy/bad. So all of these lines of argument reinforce the already heavy stigma associated with being fat, especially for women.

What are the most common types of headlines and words we typically see linked to articles on obesity and the reporting of obesity in general?

The words "epidemic" and "crisis" are often used to discuss obesity. We are told that "if the trends continue, children will die younger than their parents" or that "If current trends continue, we will exhaust all of our health care resources." The emphasis is on impending doom.

How do articles on obesity and the media typically utilize and filter research findings to suit the dominant story that obesity is THE health ogre?

The idea that fat is bad is the dominant scientific paradigm. Studies providing evidence for this are discussed as confirming what we already know. Studies -- and there are many of them -- that find that having a BMI over 25 or 30 is NOT associated with negative health outcomes or, worse yet, is associated with health benefits, are reported on as being "surprising."

There is a whole literature on the "obesity paradox" that documents the health benefits of having a BMI > 30. It is only a paradox because of the reigning paradigm that fat is bad.

What are the social forces at work that keep people in heavier bodies being re-stigmatized so that we're forever playing the 'blame the fat person' game instead of ever looking at the environmental forces in which people are immersed?

There is a strong culture of individual responsibility in the United States. This surely contributes to our blaming of fat people for their weight, despite scientific evidence showing that genetics and other biological, as well as social, factors greatly limit individual control over body weight.

This cultural tendency is reinforced by news media routines that favor morality tales over discussions of social-structural forces.

Abigail Saguy is Assistant Professor of Sociology at UCLA. She studies sociology of gender, cultural sociology, sociology of law, political sociology, and comparative sociology. She has a longstanding interest in how cultural schemas shape power relations and how subordinate groups are sometimes able to redefine cultural meaning in ways that increase their control.

In What is Sexual Harassment? From Capitol Hill to the Sorbonne (2003), she examined how and why sexual harassment has been defined differently in the United States and France and within each country across law, corporations, and the mass media. She is currently working on a book that examines framing contests over fatness as a civil rights issue or a public health crisis.

Return from Articles on Obesity to Wellness Articles