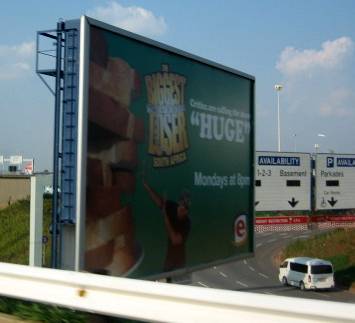 So you like watching The Biggest Loser TV show (funny how many different spellings it comes with: bigest loser or biggest looser)? You like watching the Erik Chopin's of this world slog it out and getting shouted at by show presenter, Gillian Michaels? We've had some really interesting discussions in the Mind over Fatter groups about how it makes people struggling with their weight loss feel.

Many say they can't bear to watch the biggest loser TV show because of the ongoing public humiliation they experience participants going through. Others say they hate the way it portrays fat people in some of the food challenges. It's a TV program fat people have strong feelings about.

I know that as I've sat watching 'The Biggest Loser,' I've experienced the same feelings as people in my groups but I've also felt despair for the multiple erroneous messages the program sends out.

Weight Loss at all costs

Firstly, all that counts in The Biggest Loser show is who is prepared to practically kill themselves in the process - at least that's what gets the applause and rewards from the show presenters.

It perpetuates the idea that of without pain there is no gain which I think is a bunch of baloney. 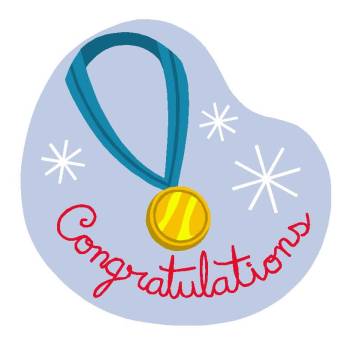 Moderation is a dirty work. In other words, no price is too big to pay in order to be thin. This is a bad message for desperate dieters who role model this and then land up with either exercise bulimia or problems like those participants in Ms Fitness.

The other diet problem I have with Tv's Biggest Loser is that it uses the 'carrot' and 'stick' approach of external reward or punishment. Problem is: the carrot has to get bigger for the reward to mean the same. And I just plain don't believe in the stick approach. If that worked so well, the self-stick that I've heard many dieters use to beat themselves up with, would mean everyone would be thin by now.

What's measured and recorded is weight loss. What is rewarded and applauded is the most massive and rapid weight loss. The Biggest Loser perpetuates the same old messages we see everywhere that aren't always helpful. Like you can't lose weight too fast and that's just a bad message in my eyes because mostly that's an unhealthy message that fuels the life of quick loss weight fads.

Biggest loser contestants aren't taught to find an exercise that is right for them.

Now, if contestants were taught to tune into their bodies, I wonder what they would have noticed? Given the drastic amount of exercise (and man, it sure doesn't look like it's fun or sustainable without becoming obsessive.  And I wonder how many might have bodies that tell them they are doing too much to soon?

And if the Biggest Loser TV show contestants were taught to tune into the internal rewards of their behavior (e.g. more energy, sleeping and coping with stress better), rather than waiting for external rewards, they would have had ample positive internal reinforcement to continue with their new healthier choices long after the show was over.

One person, if they'd been tuned in might have learned that they felt hungry a lot of the time and that there were more irritable and snappy than usual and maybe had less energy.

Short term, rapid weight loss doesn't prove a thing. How many of The Biggest Losers turn out to be much bigger losers than they could ever anticipate when they experience the rapid fat regain. when they stop their hectic exercise schedule after the show stops and they go back to their regular lives as Eric Chopin discovered.

That's the bit that viewers don't get to see. 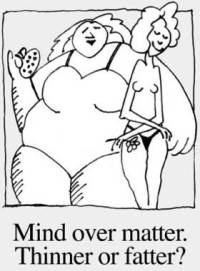 For example Erik Chopin, the winner of NBC's third season of The Biggest Loser, at 36, weighed in at 407 pounds. He lost 214 pounds—and became the biggest loser to that date!

But three years after his victory, Erik was back weighing 315 pounds. As he gained, he admitted he continued to use older photos on his MySpace and Facebook pages and even turned down an offer to appear on The Oprah Show with past Biggest Loser contestants. "People, they don't see me. I can hide," he says. "I inspired so many people; so many people reach out to me. I feel like I let them down."