Bigorexia, a type of body dysmorphia, also known as the Adonis Complex and as athletica-nervosa is big for men (but increasingly women too).  But if you think obsessing about muscle size, being obsessive about your diet and taking steroids lead to more health and longevity, you may want to reconsider (0).  As I study centenarians around the globe, obsessing about ‘pecs’, ‘lats’ and washboard abs and how big your muscles are is NOT a habit of those who live to over 100.  Sorry, it just isn't!   However, that doesn't mean that moderate muscle-building is bad.  Many centenarians have done the kind of manual labor (such as carrying bricks and mortar) that kept their bodies muscular and strong.

Side effects of steroids

The side effects of steroid use can lead to many problems, many which are permanent. It can damage testicles or ovaries, cause problems with kidneys, liver or your heart, cause paranoia and delusions about being superhuman, mood swings, 'roid rage' with outbursts of psychotic aggression and depression, can heighten your cholesterol, blood pressure,  fluid retention and chances of severe acne, causes muscle tremors and injuries to tendons that are overburdened with an increased muscle strength (1).  And overtraining which doesn't allow the body to recover sufficiently, can lead to high levels of cortisol (also known as the death hormone), adrenal stress which leads to fat storage, a loss of energy, compromises in the immune system and hyperthyroidism.  (2)

In psychiatric circles, it is known as ‘muscle dysmorphia’ (an obsession about muscle building). It's like reverse anorexia.  Whereas anorexia is about thinness at any cost, Bigorexia is about bigness at any cost.  At the core for both disorders though is a body image and self esteem issue.  You want to exercise for longevity but not over train or over exercise.

Muscle-dysmorphia is not an official diagnosis 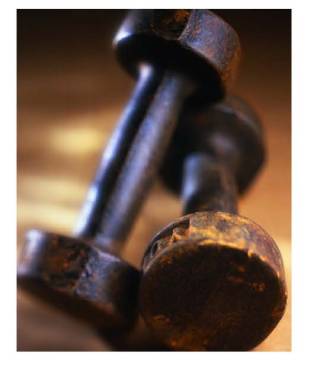 It's no surprise that the adonis complex is a growing disorder in gyms and health clubs given the hype about impressive pecs, large lats and six packs being sex packs that drive potential partners wild. However, the real truth is that sexual prowess and sexual desire suffer and are often impaired, as are social relationships.  And social relationships are one area that those who live to 100+ score high on, and that plenty of research refers to as a health measure.