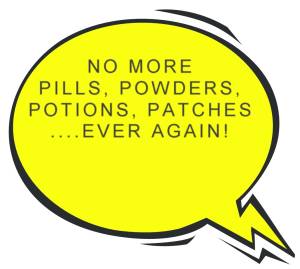 The dangers of dieting may not be apparent until you dig a little deeper.

It's bad enough that:

But what makes the dangers of dieting worse is that:

And worst of all - one of the little spoken about dangers of dieting is that the whole culture of thinness and dieting is the swiftest way to food obsessions, food cravings and eating disorders.

I'm really curious to know how many health professionals (and ordinary citizens too) ever stop to contemplate just how dangerous is the never-ending call to lose weight? One of them is that you are progressively dieting yourself fatter. The other is that you are messing with your incredibly successful and intelligent self-regulatory body and getting in it's way of regulating itself.

And possibly the biggest unconsidered danger of the whole weight loss industry is that it stigmatizes overweight people which affects their health far more adversely than the weight itself.  Living in a state of permanent stress at feeling stigmatized against is far worse for the body that weight itself. And it's not just a 'feeling:'  that stigma is very real it impacts everything from service in shops, to promotions to earning power and much more and it's very widespread.

Dangers of Dieting are spreading

As a psychologist with a special interest in the eating and body arena, I cannot help but notice that eating disorders aren't just increasing, they're mutating and late-frogging:

The dangers of dieting is without doubt one of the best kept secrets to gaining weight poor health, disordered behavior and eating disorders.

People who attend my webinars and workshops are amazed to hear that about the dieting dangers and that ﻿dieting is what has made them progressively fatter.  It’s as if a light-bulb goes on Mind over Fatter participants say, “You mean all my frantic restricting and deprivation is what has GOT me to this state and I can do something different?”