Diet foods - do they help or hinder health and longevity?

So you think the diet foods are the answer to health and longevity?  I can't blame you but please remember this:  food manufacturers have plenty invested in keeping you buying those foods the produce? Their wallets swell overtime they convince you you need all those low-fat, no fat and sugar-free products!  But here's something interesting...centenarians - those people who attain healthy longevity and live to 100+ haven't done so on a diet of diet foods.

If you haven't noticed the quantity and variety of these foods have increased exponentially in recent years. Our grocery store shelves are laden with these products that jostle for shelf space each one's packaging extolling it's apparent virtues.  But what we need to remember is that our food isn't processed by industries that have an interest in our health - their only interest is their bottomline. 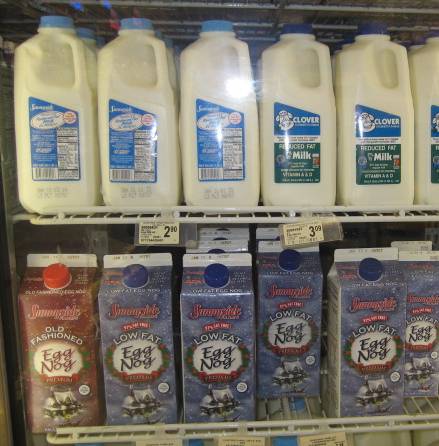 “Grocery sales of all low-fat foods (note this doesn’t include sugar free foods) amounted to $18 billion in 1993, and have been estimated to grow to $30 billion by 1997 and heaven knows what they might be by 2009 then!”

He goes on to write that when shoppers were asked about nine types of food engineered to be lower in fat, they found that in every category they were eating more low-fat items than in the year before, mostly in the snack food industry. That category produced less than 5% of the industry's total sales in 1994 but is expected to grow to a third of the market by 2000, according to the association.

So, let's do a logic check on this....The United States is the low-fat, no fat and sugar-free capital of the world. It's where people have the largest variety of diet foods, where they eat the most processed food and follow the most low calorie diets. And um...are Americans getting thinner or healthier?  Or do they lead the world when it comes to life expectancy? No! and No!

Research doesn't seem to think so... it seems to think this is just another diet myth out there.

Not only that, but all these highly processed diet foods are really eroders of our health and longevity. They put chemicals and additives into our body, increase our cholestrol and do all sorts of other harm too. Food advertising lies are rife.  Those food marketers sure know how to pull the wool over our eyes.

How do diet foods affect our eating, health and longevity?

Two groups of research subjects were given exactly the same food, but one group was told they were eating low-fat and low-calorie foods. The other was told the food was high in fat and high in calories.

Those who believed they were eating low-fat and low-calorie foods ate far more than the other group. The power of belief is enormous.

And if food labels, give a long list of scientific names you don’t recognize, that food is hardly likely to be healthy or increase your longevity. Remember: food manufacturers and advertisers are in the business of selling you their product.

In face the food industry is rife with food myths and food lies.

Your business is protecting and promoting your health.  For a really   simple method of eating you may want to stay away from processed foods. Don’t expect food companies or diet promoters to do a job that might sometimes be in opposition to their goal. They'll do whatever they can get away with.

Researchers from the Sansum Medical Research Institute at Santa Barbara, who specialize in diabetes research say in their book "Lights Out": “ there was never really any scientific basis for the low fat movement, only a financial one”

Here’s a summary of their stand on sugar: “Unrefined carbohydrates qualify as whole foods; refined carbohydrates do not....(they are) more like drugs. Refined sugar, in fact may not be food at all. It probably should be listed as a chemical additive.... an anti-nutrient.”

And their position on fat goes like this: “ Fats are essential. They are necessary for all cellular function. No fat, no hormones - and that means cancer. ...Danger! Danger! Fast-food chain restaurants have switched over to cooking with polyunsaturated fats...."

And they conclude:  "Remember, the words ‘fast’ and ‘food’ do not occur together in nature” ....Don’t eat any fat that didn’t start out alive. ....Don’t eat anything labeled “low fat” or “nonfat.”

Return from Diet Foods to Diet Myths Return to Homepage