Exercise bulimia is when a person feels compelled to exercise in order to purge the calories they've eaten. This compulsive exercising is carried to such an obsessive exercise level that it not only affects the persons life negatively, but it also does not help them achieve health and longevity. 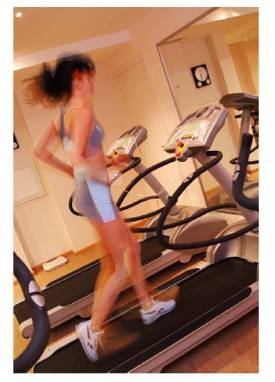 In a 2000 study at Notre Dame University when asked if they exercised a lot?

When asked if their exercise sometimes significantly interfere with other important activities such as school work or socializing.

When asked if they exercised despite injury or medical problems?

Compulsive exercisers think of exercising as a ‘healthy’ method to compensate for eating. The damage comes about when they don't adequately rest their bodies resulting in their body becoming progressively more dis-repaired. And very often their need to exercise starts affecting their social life and relationships - two factors ironically, that DO contribute to health and longevity.

What distinguishes an exercise bulimic from what is healthy exercising, is the intention or motivation behind the exercising and the feelings around exercise. Exercise bulimia is as much about physical health and fitness as it is about self-esteem, perfectionism, and control.

It's also very prevalent amongst gym-goers.

Exercise is no longer viewed as a desired healthy activity but as an essential (and sometimes punitive) measure to stave off the possibility of weight gain and the intolerable feelings of self-loathing.

So, in a nutshell... are are the signs to look for:

Compulsive exercisers often schedule their lives around exercise. (In this way it's similar to bigorexia) They feel distressed when they can't work out and worry about getting fat. They don't want to rest or take time to recover. They binge eat and feel compelled to get rid of the calories by over exercising.

Who gets exercise bulimia?

Ira Sacker, MD, director of the Eating Disorders Program at Bookdale Medical Center in New York, estimates that about 4% of Americans struggle with excessive exercise. And the numbers, he says, are on the rise.

Exercise has so many benefits, it increases endurance, it strengthens muscles and bones (so long as it's not overdone), it makes you metabolically fitter along with almost all your metabolic health measures (like blood pressure and trigylcerides), it speeds up your metabolism, and strengthens your immune system.

Problem is, that just like anything something good can turn it into something harmful when it's overdone. Instead of getting moderate exercise, people suffering with exercise bulimia feel driven to exercise excessively every day and when they can't they fret and feel guilty.

On the con side - compulsive exercising pours harmful stress hormones like adrenaline and cortisol into your system. It can also lead to dehydration.

Exercise bulimia exhausts your body. You need to work out, and then rest, work out and then rest again. This gives your body time to recuperate in between bouts of exercise and to maintain it's optimal strength.

Low body fat is another result of compulsive exercising. This may sound good but, for women, it can cause some serious problems like infertility. Exercising too much, as with anorexia, can cause a woman's period to stop which can cause bone loss and later osteoporosis.

Tiredness, irritability and a lack of concentration are other side effects and it puts enormous strain on the heart, as well as joints, muscles and limbs. And ultimately it takes all the fun out exercise.

Why is Exercise Bulimia on the Increase? 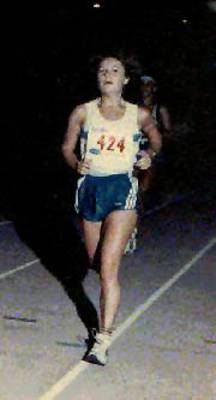 In one word:  Fitspiration!  It's the images we're bombarded with that are a combination of thin and fit.  So while we used to haveThinspiration images, those encouraging thinness and weight loss, it's now morphed into looking thin but also 'buff' or 'fit and healthy' or 'toned and taut.'   Exercise is something encouraged and sanctioned as being good. Not only that...we are a nation obsessed with the burning of calories - something centenarians who live long never think about.

Add to this a competitive culture where the belief in ‘no gain, no pain’ is high. You're thought of as some kind of superioir being when you've survived a bootcamp in which the "instructor nearly killed me today.”

This hardly smacks of a belief system that encourages moderation. No one would be applauded for having an 'average gym session'. Phooey!

Look to our magazines and how many articles we see on health and fitness. There is a tremendous amount of cultural pressure to be fit.

Now before all you health fitness fanatics get to do a bit more jumping up and down that you normally do - please hear me correctly: Fitness is great when it helps you become more metabolically healthy, but going overboard - which is what exercise bulimia is all about and which fitspiration promotes - isn't.