Obesity and Dementia - is being apple-shaped something to fear? 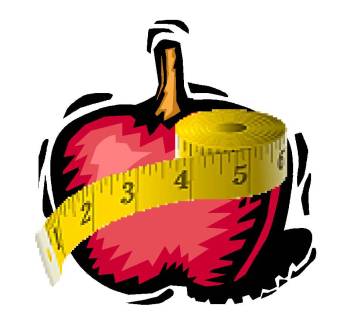 Obesity and dementia - is this yet another thing to fear or should we look at this obesity research a little more closely?

The study done by Rachel Whitmer of the Kaiser Permenente group, suggests that having a growth in belly fat (in other words becoming more apple-shaped) once you’re over 40, puts you at a higher risk for Alzheimers.

The study was started in 1964 with 6,583 men and women between the ages of 40- 45 who had check-ups over the next 9 years. As part of their medical examination, their belly size was measured with a calliper.

Approximately 36 years later (when participants were between the ages of 73-87) 1049 of the participants had developed some form of dementia. Those most at risk had a high body mass index and high skin-fold thickness in the upper back and upper arms.

Let's take a closer look at the whole obesity and dementia probability because as Dr. Luchsinger (Columbia University Medical Center in New York), a researcher studying links between weight and Alzheimers, said that while the results didn’t surprise him, these kinds of studies can’t prove that carrying belly fat goes indeed promote dementia.

I'm glad he's saying that these kinds of studies can't prove a causal link.  But in a nutshell is the issue....the obesity and dementia finding doesn't surprise him.  That, in itself is no surprise, everything from ingrown toenails (ok maybe not yet) to strokes and diabetes are blamed on obesity even where there is no causal evidence.  As a society we have become so familiar with the pervasive message that fat = disease of every kind of disease imaginable that it's more of a surprise when it ISN'T blamed.

Worse still, very often there is evidence that fatter people live longer and that losing weight can actually cause health problems  as Dr. Lucy Aphramor tells us.  But the conclusion often override the raw data's evidence...so strong is the cultural story that fat causes every problem, that even scientists write conclusions that thickens the dominant story even in the face of contrary evidence.

In this case, researchers concluded that while the risk was higher for overweight people, the risk of some form of dementia increased even for those who didn't have weight problems but who had apple shaped belly fat.

What are the reasons for belly-fat? Well

So we hear that there is a link between obesity and dementia - what to? How many of you will rush out feeling most alarmed to get your hands on a weight loss products - especially one of those lose weight quick products?

And even when we know deep down that diets don’t work – except to make us fatter of course.  A news item such as this causes people to panic and anxiety causes a release of the stress hormone Cortisol - which increases far around your belly!

You see here’s an interesting finding that came out of the Framingham Heart Study:  women who believed they were prone to heart disease were nearly four times as likely to die as women with similar risk factors who didn't hold such a belief.

So then, what happens when ‘obesity experts ‘ tell you that because you’re overweight you’re going to have blood pressure problems, become diabetic, have a stroke, stand a good chance of becoming diabetic and get dementia?

The problem is that beliefs are contagious. It's in a 'research paper', the popular press gets hold of it and before you know it... it's the truth!  And if you don't believe me - read this story.

If you believe that being apple shaped and having obesity causes dementia - you increase your chances of developing those exact conditions. What we believe, we easily attract into our life - it's called the nocebo affect and it's deadly. It can literally kill you.

And later in 2008, another bit of research caught my eye - it seemed to find that subcutaneous fat around the middle helped some of our health indicators.  When it comes to obesity research, I've learned that before I simply believe it and act as if it's true, it's better to dig just a little deeper.