Obesity Research that may shock you....

So you believe obesity research all says that fat is bad and thin is good?  I used to think exactly that until I bumped into research from al over that made me start to me question this.  And in turn question whether all the advice to lose weight is always right!  When the constant narrative is: "As expected, body weight and fat distribution were associated with diabetes, hypertension, dyslipidemia and with a worsening of lipid profile," it's not unexpected to find research designs to find what we expect, nor is it difficult to interpret results to find what you expect.  But I'm interested in the 'unexpected, the usual, the anomalies' because they may help us ask a few interesting questions.

I'll acknowledge that we've heard the 'fat is bad' story so often and from so many sources that even considering obesity research that indicates this might not be 100% accurate, sounds crazy.

However, a growing body of obesity research shows that we

I may never have believed this if I hadn't met Joanne Ikeda (MA, RD) a 30-year veteran researcher and Nutrition Education Specialist from Berkeley University.

She introduced me to an impressive body of research showing that fat people can be healthy ...that the key isn't necesarily your body size, it's your metabolic healthy, your lifestyle and most importantly your stress levels that matter the most.  Dr. Linda Bacon has written a whole book about weight loss myths - called Health at Every Size (HAES). Watch her interview to find out how our BMI rates were hi-jacked by the weight loss industry.

Ok, so I understand that right now this may be hard to swallow but I'm going to share obesity research that pretty much turned my beliefs inside out and upside down about diet, health and fitness.

Obesity Research from around the globe

In Denmark according to the Copenhagen Post of 20 October 2006survival rates of 13 000 patients with blood clots, heart disease and brain hemorrhages, increased right up to levels that are considered obese.

People in the US Health and Retirement Study (1992-2008) who were overweight at 51 years of age and remained overweight through age 77 years had the lowest mortality risk.

In Japan obesity research found that physically active Sumo Wrestlers who were grossly obese and ate 5000 to 6000 calories a day were metabolically healthy.(2) There is some (but not all) research showing that when they stop training this isn't the case....but nevertheless that they can be totally metabolically healthy with normal health indicators show that you can be fat, fit and healthy.

In Texas a study compared the health of 201 former NFL players and to the population-based Dallas Heart Study and the Aerobics Center Longitudinal Study. The retired players had a significantly lower prevalence of diabetes, hypertension, sedentary lifestyles and metabolic syndrome.

"Despite their large body size, retired NFL players do not have a greater prevalence of cardiovascular risk factors nor CAC than community controls... "Age and high cholesterol levels, not body size, were the most significant predictors of sub-clinical coronary atherosclerosis among retired NFL players." concluded Alice Y. Chang, lead author and assistant professor of Internal Medicine from the University of Texas Southwestern Medical School in Dallas.  (3)

In the USA an article published in JAMA, scientists from the University of South Carolina looked into the issue of adiposity (fatness) vs. cardiorespiratory fitness as determinants of death. In a 12-year study, researchers found that among 2603 American adults over 60 years old, those who engaged in cardiovascular activity were living longer than those who exercised less, even when they had the same amount of body fat. (4)

In Greenland the Inuit population, when compared with the Danes, had lower levels of glucose and insulin, blood pressure, and triglycerides, and higher levels of HDL (‘good’ cholesterol) than the Danish participants at any given level of obesity.

But here's the important point: even when they were more obese, the Inuit’s’ health indicators were always better than those of the Danes, so level of fatness wasn’t what made the difference. (5)

In America a group of non-dieters who did not lose weight still succeeded in improving their overall health, as measured by cholesterol levels, blood pressure, physical activity and self-esteem. By comparison the group of dieters who initially lost and then regained weight had none of the above-mentioned health gains at the end of the 2-year period. "The health at every size approach enabled participants to maintain long-term behavior change; the diet approach did not. Encouraging size acceptance, re- duction in dieting behavior, and heightened awareness and response to body signals resulted in improved health risk indicators for obese women." (6)

Can carrying extra weight be a health reserve?

Just because someone is thin does not mean they are metabolically normal or healthy. You get healthy fat people and unhealthy thin people. Not every fat person you know has diabetes, heart disease or raised cholestrol.

And sometimes carrying some extra weight can actually help:

According to June 2005 Reuters Health, a overweight and high-normal weight patients fared slightly better than underweight or obese patients when it came to in-hospital mortality rates (with coronary artery bypass grafting.

"A little extra body fat apparently provides patients a needed source of glucose...to help them recover from surgery," lead author Dr. Ruyun Jin, from the Providence Health System in Portland, Oregon, said in a statement after analyzing data from 16,218 patients who underwent coronary bypass surgery between 1997 and 2003.

His subjects were divided into one of six groups based on their BMI: underweight, normal weight, overweight, mildly obese, moderately obese, and extremely obese.

As with 12 previous reports, this Oregon team found no significant correlation between BMI and mortality rates after coronary bypass. The lowest mortality rates were seen in overweight patients.

At Britain's University of Hull, Drs. Stephen Atkin and Pierluigi Costanzo research team followed 10,568 patients with a median age of 63 years old with type-2 diabetes for an average of nearly 11 years and reported their findings in Annals of Internal Medicine.

Underweight (BMI below 18.5) diabetics had the highest risk of dying during the study, with nearly three times the mortality of normal-weight patients (BMI of 18.5 to 24.9). Overweight (BMI of 25 to 29.9) patients had the best survival, at 13 percent less likely to die than normal-weight or obese diabetics.

And Patients with type-2 diabetes who are overweight but not obese outlive diabetics of normal weight, scientists reported as another example of the "obesity paradox."

As far back as 1958, reknowned obesity researcher, Albert Stunkard wrote: “Of those who lose weight, most will regain it.” In 1979, he concluded: the medical consequences (of weight regain) may be unfortunate enough that if people cannot maintain weight loss, they would be better off not trying to lose weight.” When you understand how those 'lose weight quick' diets change body composition it makes a compelling argument for diets being the cause of weight gain.

Professor Linda Bacon, says about the study she did: ‘We have been ingrained to think that seriously large people can only make improvements in their health if they diet and slim down. But this study tells us that you can make significant improvements in both metabolic and psychological health without ever stepping on the scales or counting calories.

I think the research I've mentioned is revealing but I also think there's a whole other factor we haven't even begun to take into account yet.  Dr. Lucy Aphramor talks about it in this interview and you can read her research in this document she's put together in this is a document -

I think there's a potentially mind-boggling explanation for this that we seldom consider which you'll read more about in myth #12 about how our thoughts affect us. 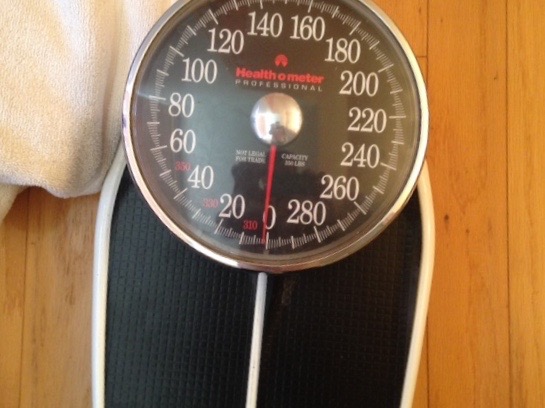 Everyone has an opinion- and yours matters: What do you like/dislike/agree with/disagree with about what you've read? What other information would you like to see more of? What would you like us to know?