I've fallen for Unhealthy Diets  & Unhealthy Exercise Regimes
- have you?

Turn the pages of any magazine and you'll find a plethora of unhealthy diets on every other page. It's no wonder so many of us fall for unhealthy weight loss attempts. Walk those pharmacy shelves, and you'd assume those lost weight fast schemes are healthy - after all you find them in a pharmacy don't you? But no, that's just part of the con of the diet industry. Or read the fine print to find that along with it you have to take on the biggest loser unhealthy exercise (because it's too extreme) regime.

As Dr. Linda Bacon says:  "No one who diets is "fit,” because dieting hurts your metabolism, and your metabolism determines how your body uses energy." 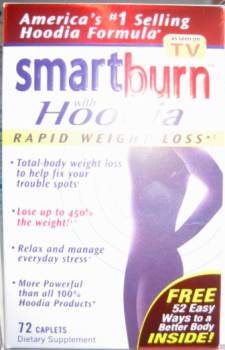 • Diets of Fast foods. With McDonalds and a host of fast food joins on every other street corner, we have almost too many choices.  The ore choice we have, the more we are known to eat.  It's just a fact.  think about it this way - you can already be full and then someone brings out dessert.  It's not that eating dessert is bad, but eating when your incredible body is already letting you know it's full is bad.  Fast food is fabulous now and again, but as a regular diet they may not be as fabulous as you think.  Their foods contain an artificial amount of salt, sugar and fats. But with their powerful food lobbyists, the only hope we have as consumers is to stand up and demand better.

• Slimming shakes. I've lost track of how many of these I tried. The usually tasted bloomin awful and I constantly felt deprived and I longer for the taste and texture of regular foods. No wonder, you can't fool your body for long. Diet shakes don't count as real food and it's only a matter of time before your body revolts.

• Diet Foods. I've no idea how much money I've wasted on so called diet food. Highly touted, in their glossy packaging, some of them hardly resembling food - they are part of unhealthy dieting. And the food lies that we're sold don't help either. What we really need to do is to be green eating and eating with joy.

• Machine slimming. Yes I hate to admit that I did once try machine slimming. It hurt like hell and shocked the living daylights out of my cells so that my cellular water left those areas long enough for the measurements to look good. But being only a water weight shift - not surprisingly, it was soon back and I can't help wondering now how my body felt while I was subjecting it to this.

• Slimming belt. Now this was a real winner - this slimming belt would alledgedly wobble the fat away. Well it really did a great job of doing the wobbling half of the equation. But when it came to the 'away' half.... um... I think not. But I suppose on the plus side at least that wasn't unhealthy exercise attempt like that time I took up....

• Jogging in a plastic suit the blazing sun in a plastic. Go figure! But then that's the kind of unhealthy weight attempt people who have exercise bulimia. They really do believe in that silly 'no pain, no gain' principle.

• Slimming wrap..... yes, I know, I know. All it did was make me think suffocation was preferable. As you can see I was a sucker for every conceivable fat-loss-for-idiots-plan around.

But Yay, there were some unhealthy diets I didn't fall for...

or going to diet doctors for their so-called weight loss injections. Nor did I ever resort to weight loss surgery,although I've heard the tragic stories of some who have.

But that doesn't mean I haven't experienced those kinds of unhealthy weight loss attempts through clients and friends who have. As a therapist, who saw mainly clients with eating disorders I've been priviledged to some pretty awful stories about what weight loss methods people try and how it changes their lives and I've yet to hear a positive story about these.

Instead I did did witness heart-ache and tears of despair. And I recently heard from a lady who very proudly told me she has just hauled herself and her 9-year old daughter (yes- 9!) to a slimming doctor for weight loss injections (my heart simply bleeds).

Return from Unhealthy Diets to Am I overweight