"I'm in love with myself today"...the energy of Libra Forde 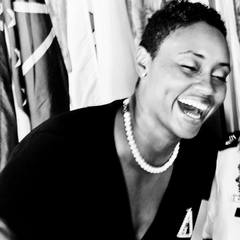 Libra's 6ft 5: "I'm in love with myself" spirit that's so infectious

"I'm in love with myself today," was the energy that bounced off Libra Forde and drew me to her.  I know that as she reads that she's going to be wanting me to change it so let me say up front, she never said those words....I felt them.  She'll want me to change it because in our culture, it would appear almost boastful to have them come out of your own mouth. And she'd also want to stop me because she'd be the first to tell you that "Im in love with myself today" isn't something that automatically happens every day, some days it's still a struggle.

Positive body images are something I’m drawn to because it’s not usual for women to feel at home in their bodies.  In fact, researchers say body shame is so commonplace that it’s a ’normative discontent.’  in other words, if you feel comfortable in your body (especially if you admit it), you’re abnormal.  Now it’s one thing to find positive body images in a magazine, but when you find yourself in the presence of someone who has a positive body image, especially when it comes in a very unusually tall and statuesque package for a woman - it stops you in your tracks.

That “I'm in love myself today,” energy THAT I saw in Libra Forde made me wish I could bottle whatever she had and hand it out to everyone I met.

The words, "I'm in love with myself today" didn't come out her mouth...

It was May 2015 at a Toastmasters competition in Oregon and she’d just stepped onto a stage I’d found huge and made it look minuscule.  At 6 ft 5 (let me take that back - she was wearing 4 inch heels - so she was 6 ft 9) she delivered her message about ‘A wave of kindness’ that had the audience wiping tears surreptitiously one moment and laughing at her infectious laugh the next.  It wasn’t just that her message was powerful though, her delivery held every person in that audience captive too.  But there was something more subtle to it than that.  Maybe because of my relentless pursuit for positive body images, the thing that totally took my breath away, wasn’t just the way Libra moved in her body, it was the way she OWNED it.  You could feel it. You could see a light in her eyes. You could see it in her posture.  She vibrated that 'Im in love with myself today' energy.  It was something palpable.

I felt compelled to  know her story.  I had no doubt that she’d endured bullying and teasing growing up.  In a body like hers and a culture like ours, it would have been impossible not to.  I had to find out how she’d come to accept and love herself.  I knew that her story could help empower others, in less unusual bodies and maybe even without a history of bullying who were struggling with the question of:  “How can I love myself today?”  Her story could make a huge difference in the lives of people with less positive body images of themselves.

When we chatted, she confirmed that being 6 ft 5 by the age of eleven had been tough, really tough.  She spared me the gory details though and in what I came to see as her typical pattern, chose to focus on some of the more positive forces in her life - like some of her teachers and the role they’d played in setting a foundation for her ability to accept and love herself.

Later she revealed that she’s a survivor of domestic abuse.  When you grow up being mercilessly bullied, you barely recognize it later on, much less ever think I'm in love with myself.  We spoke about those being the days when her 6 ft 5 tall frame had a 3 ft spirit…and how when she’s in a place of ‘I'm in love myself today’ she has a 6 ft 5+ spirit.  As Libra confirmed, positive body images have nothing to do with the exterior - it’s all about whats going on on the inside.  She talks with deep feeling about her 3 daughters (also all way tall) and her passion to be a positive role model to them.  She’s serious one minute and throwing her head back and laughing from the place that make it impossible for you not to laugh with her, the next. She's infectious. 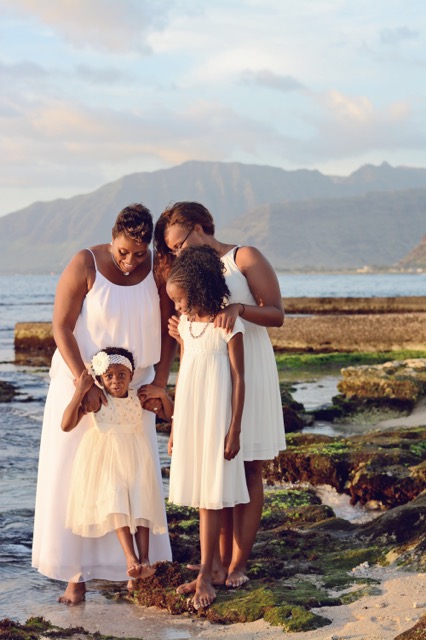 Libra with her 3 naturally tall daughters

The longer I speak to her, the more I realize just how remarkable she is.  She shares her wisdom, her tips and tactics that helped her grow internally with heartfelt generosity and talks about her 'Be Tall' which is more than just about being tall - it’s about STANDING tall no matter your circumstances.   Because as Libra knows, standing tall - has nothing whatsoever to do with your physicality, it’s all about your mentality.  And THAT she has cultivated in spades.  By the time I’d finished speaking to her, I felt hat “I'm in love myself today" energy and my 4 ft 11’ness had morphed into 6 ft 5 spirit.  That’s just the way Libra makes you feel which is what makes her the phenomenal motivational speaker she is.

Watch Libra's heart-warming and courageous conversation with me about how she moved from being bullied to gratitude for her amazing body that she now uses to open doors that were once shut to her.