Longevity and Health Benefits of Laughter

One of the longevity and health benefits of laughter might be that it helps with  weight.  Of course we’ve heard that weight is a health benefit so often that we naturally never question it and if you believe it to be true then it probably will be.  For example, women in the Framingham Heart Study who believed they were likely to diet of heart problems were four times more likely to die than those who did not believe that, and their weight made no difference to their mortality rate (1).   So what does that mean?  It means that the power of belief, appears to be more powerful than other health issues when it comes to health and also longevity. As Dr. Joe Dispenza says, "You are your own Placebo".

Indeed, if you're weight obsessed finding reasons to laugh might have a double benefit. First, you'll live more joyously, no matter what you’re laughing about.  And next, laughter medicine is  good for your health and immune system as well as your longevity regardless of your shape or size.  And yes….some might say that the health benefits of laughter include burning a small amount of calories too. 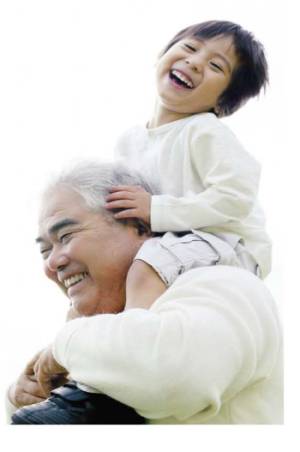 Researchers at Vanderbilt University in Nashville, Tennessee, recruited 45 pairs of friends, fitted them with heart rate monitors and microphones to record the laughter.  They were then put into a metabolic chamber designed to measure energy burning by how much oxygen they inhaled and how much carbon dioxide they exhaled, one it was decorated as a hotel room.  There were 7 male pairs of friends, 17 pairs of female friends and 21 mixed couples who were told researchers wanted to test their reactions to various videos while they relaxed in the reclining chairs.

Researcher Buchowski said that the first 30 minutes movies were boring scenes of an English landscape…they used this time to measure the resting metabolic rate of participants so they had a baseline measure. Then they were shown five different comedy movies, each shown for 10 minutes and separated for 5 minutes with more rural english landscape videos.

But here’s the interesting thing to bear in mind...it’s one of the secrets to longevity.  People who live long and healthy lives do not worry about calories, nor do they keep track of them, nor are they obsessed with their weight and/or dieting.  So I’d say forget that one of the so-called benefits of laughter is that it burns calories and merely think of it as a good way to enhance your health and longevity.  Laugh because it releases endorphins that are great for our health and aging well, and laugh because those people who live to over 100 laugh easily and often so it obviously does good things for their longevity lifestyle.