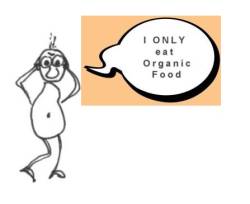 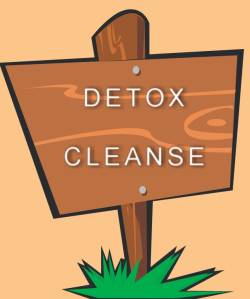 Because I didn't know about health food junkies, I bungled therapy with 2 young women because I thought they were anorexics.

In 2003 two young women (whose gaunt faces have often come back to haunt me) landed in my office both referred to me as anorexics. However, both of them vowed and declared that they had not been dieting, they were not interested in thinness, they just wanted to eat healthily.  For these two health food junkies, their eating well had turned to eating hell.

I failed these two young women because my own 'knowledge' and assumptions about eating disorders meant that I really discounted that thinness wasn't their goal. I just didn't 'hear' them!

In my defense orthorexia nervosa isn't featured in any diagnostic manuals or psychometric diagnostic tools and the food is medicine movement was still in it's relative infancy.  So health food junkies weren't as common. And back then, some experts in the eating disorder field such as Kelly Brownwell and Dean Ornish said they've never see it.

But after a story was published about one of these over healthy eating young women I'd worked with, eating disorder clinics in South Africa were inundated with people sharing stories of relief as they did not relate to being anorexic but did relate to orthorexia nervosa.

It was only when, as the consulting psychologist to SANEP (the South African Nutrition Experts panel), I was commissioned to investigate 'orthorexia' (a term I'd never heard of), that I discovered 'Health Food Junkies' by Dr. Steve Bratman who coined the term in 1997 for a type of healthy eating disorder he was seeing more of.

But, even if I had I believed these two young women, if I'd stuck strictly to the diagnostic criteria I would not have been able to diagnose them with anorexia but only EDNOS (Eating disorder not otherwise specified). Because although they presented with many features in common with anorexics - central to that diagnosis is an intense fear of fat.  Fatness is NOT the main concern of health food junkies.  Health is.

In fact they didn't exhibit orthorexic tendencies as extreme, or that looked quite the same, as another client I saw later whose story I also share here.

Do you have the Health food junkie syndrome?

Or do you suffer from Anorexia Nervosa instead?

Men can be health food junkies too

Another emaciated client in his 40's also comes to mind. And this face of orthorexia nervosa is slightly different to the two teenage girls I'd seen earlier.

In his case eating problems were not part of his referral, but he was obviously emaciated and he spoke an inordinate amount about food.  To say he was obsessed with over healthy eating was an under-statement.  He was everything but a happy eater.

When he was following his strictly 'raw food' diet he felt powerful, self-righteous, omnipotent and vastly superior to lesser beings who succumbed to the lure of junk food. In that way orthorexia nervosa sufferers are similar to anorexics.

In his case, the face of orthorexia was slightly different - a more 'nutritional spirituality' that had taken on pseudo-spiritual connotations.  He would tell me it was his mission to enlighten the world about the dangers of pesticides, food processing and so on.

But when the pendulum of control swung from massive restriction, he'd secretly binge on the very junk food he so scorned. This would be followed by headaches, mucus production and extreme self-hatred and guilt. Then would come the vows to eat even more chastely and an extreme fasting as punishment and to cleanse his system.

Orthorexia Nervosa was ruining his relationships. He lost friends who were sick of having him constantly foist his beliefs on them. He said he also often felt ridiculed by them. He was lonely, depressed and in constant turmoil.

His eating habits robbed him of joy and instead of his health food junkie hope of being the picture of health, he was Ethiopian-thin and a depressed, confused and indecisive wreck. He echoes for me the words of Bratman: "Many of the most unbalanced people I have ever met are those who have devoted themselves to healthy eating."

For more about Orthorexia Nervosa....