Use the Attraction Law to create Body Love

There's a reason most of us unwittingly use the Attraction law, not to create body love but body hate. That reason lies in a small bundle of nerves in our brainstem (the part that lies between our ears).  It's called the Reticulating Activation System and it's the key to unlocking the neuroscience to your success because it works to selectively distort your reality. Let me give you an example of what I mean.  How many yellow crooked neck squashes can you see in this bowl? 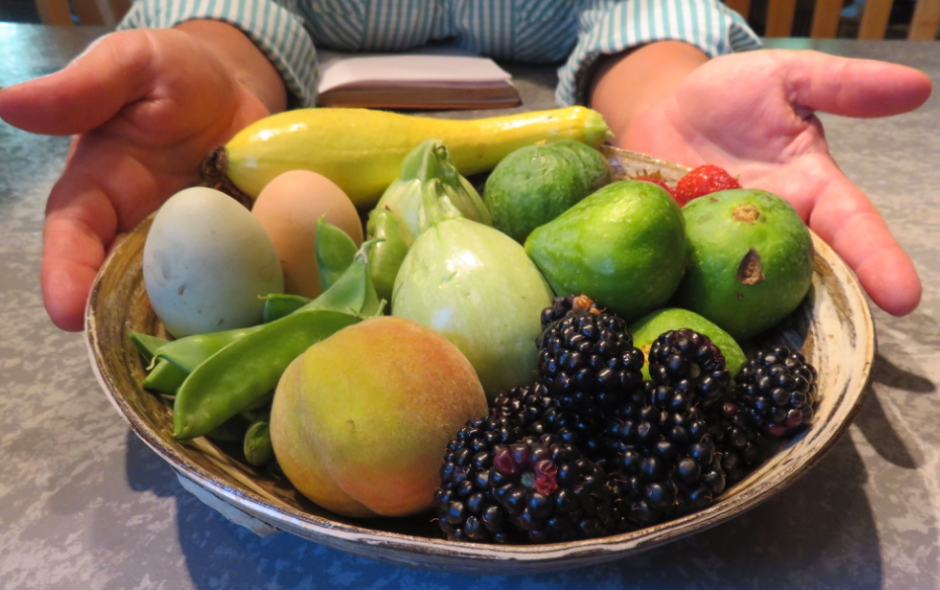 How Many yellow crooked neck squash can you see? 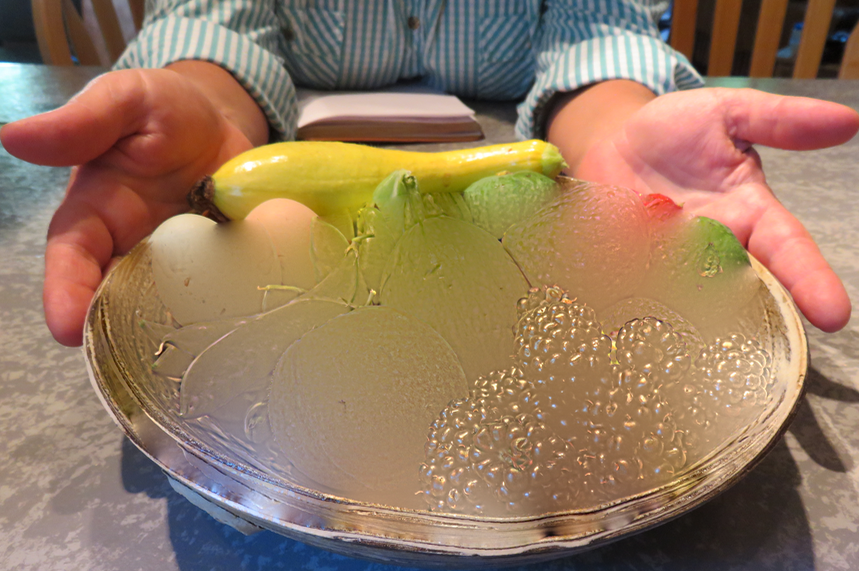 Hold that answer for a while and we'll come back to this exercise in a few minutes.

Other than smell which goes directly into your brain's emotional area, the reticular activating system (RAS) is the way through which nearly all information enters the brain. But the secret is that the RAS determines what you pay attention to. For example, if you're looking for someone you know in a crowd, your RAS is what determines how you scan out some features and focus in on others.  For example, if you know the person has long, dark hair, you're immediately going to be scanning out anyone that has short blonde hair. And if you're on a beach, if you're insecure in your body have you ever noticed how you seem only to see all the bodies that are better than yours?  That's your RAS filter at work.  But notice how it's filtering out all the bodies that look like yours or what you would judge as 'worse' that yours?

Here's what you need to remember:

With that in mind....thinking about the original picture you saw, how many peaches did you see?  Well as you were only seeking out what I had asked you too, you would also have filtered out the peach and not noticed it.

The original bowl asked you to focus on 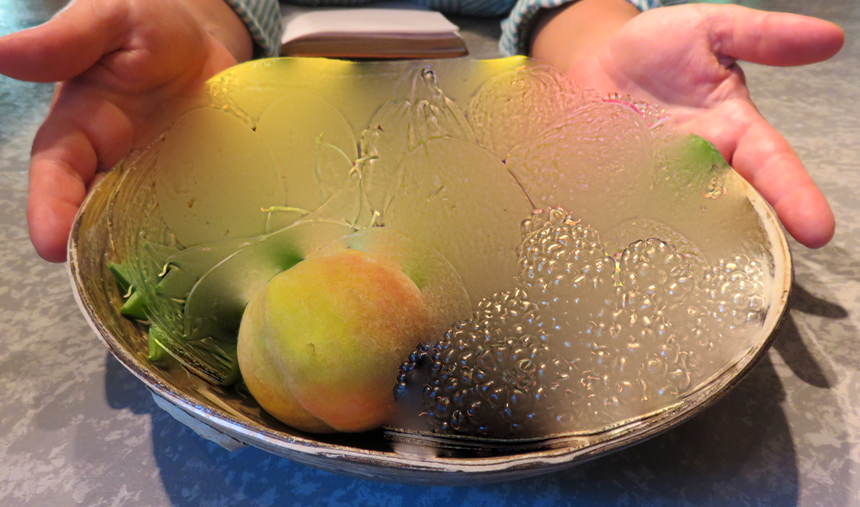 NOW you can see it, because you're focussing on it

Attraction Law says:  don't focus on what you don't want

In the same way - here's what happens when you go on a diet.  You're effectively focussing on avoiding all the things you can't eat.  It's like if I tell you NOT to think about a pink elephant...of course, all you can see in your mind's eye is that Pink Elephant.  Your Reticulating Activation System becomes far more focussed on what you're trying to avoid.  You can't have donuts - suddenly they're everywhere.  You can't have Kentucky Fried chicken, suddenly you're noticing billboards you've never noticed before.  And in the same way - if you're dieting - and you eat one thing not allowed, it becomes what you focus on rather than all the times you didn't succumb.

According to the According to the attraction laws, you cannot attract a healthy vibrant feeling body if you're placing your focus on how fat, disgusting and awful you feel in your body. It's just not possible. Like attracts like.  The movie in your head determines what you see happening in your life.

For example...let's look at some research on how dieting manifests in you getting fatter.  In other words the more you focus on losing weight, the more weight you attract to lose: 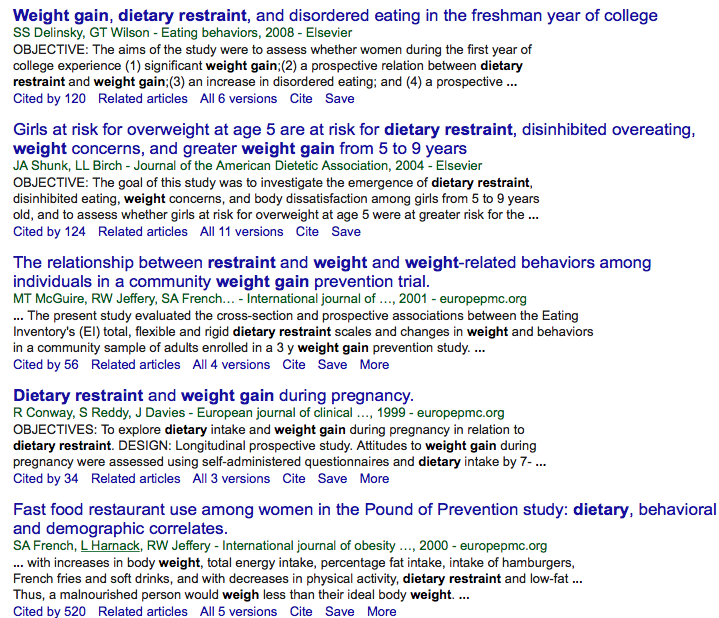 The weight-gaining effect of dieting was evaluated using over 2,000 sets of twins from Finland.  Even with just one intentional dieting attempt by one twin resulted in them being nearly two to three times more likely to become overweight, compared to their non-dieting twin.  Furthermore, the risk of becoming overweight increased in a dose-dependent manner, with each dieting episode.

Research on nearly 17,000 kids (9-14 years old) found that dieting was not just a significant predictor of weight gain, but the risk of binge eating increased with the frequency of dieting.  Dieters were 5-12 times more likely to binge eat compared to their nondieting counterparts. The researchers concluded, "...in the long term, dieting to control weight is not only ineffective, it may actually promote weight gain".

Dieters had twice the risk of becoming overweight, compared to non-dieting teens, according to this five-year study.  Dieters and non dieters started off at similar baselines but after 5 years the dieters had gained weight.

A team of UCLA researchers reviewed 31 long term studies on the effectiveness of dieting and concluded that dieting is a consistent predictor of weight gain—up to two-thirds of the people regained more weight than they lost.

If you're constantly going through your day focussing on ﻿fat thoughts﻿ and  on "I hate my body," you'll bring into your focus more things to hate about your body be that cellulite, more fat, wrinkles or whatever. That's just how the law of attraction works!

But what happens when you start focusing on having a joy-filled body? One that feels alive, vibrant, healthy and fabulous? Then that's what you'll manifest instead!  But what if, just beyond, what you can see - right there in front of you - are parts of your body to love?  What would happen if you set your Reticulating Activation System onto them.

The Biology of the Attraction Law

And what happens when multiple people combine their collective thinking? Just think how many people are living with "I have to fight with my body to lose weight thoughts," it's no wonder then, that we are collectively manifesting more dieting and ever larger bodies. 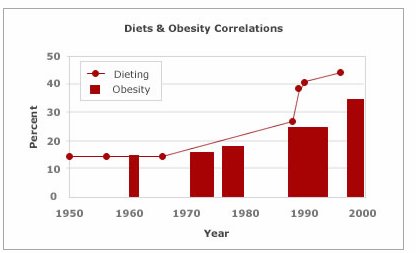 Through the quantum energy field, in which we are all one - our thoughts all contribute to the world we are creating. Fear of fat means that if that's where we're focusing out attention, the law of attraction will faithfully deliver enough fat to keep us in our fearful state.

But here's the thing Esther Hicks (author of 'Ask and it is Given') points out: "Well-being, health and joy flow towards everyone all the time (there are no exceptions to this). Whether you receive them depends on whether your in a position of allowing or resisting them."  The same is true of self-love.

Your emotions are your guidance system - they tell you what you're busy attracting towards you. When you're happy and joyous, you're allowing joy and well-being to find you, you're manifesting a happy, healthy body.

When your power of thought is causing you to feel negative, your feelings are merely alerting you to the fact that you're blocking or resisting well-being and joy. The law of attraction is creating a disruption that is not allowing health and well-being to flow towards you.

And the more you look at your body and think I hate all this fat- the more fat you cause to manifest. It also contributes to the vicious cycle and why, the more we diet, the fatter we get.

We're fearful we're going to gain weight and so we do, or we fear not being able to lose it. We notice we're gaining weight and focus on wanting to lose it and by so doing we attract more to lose and so on.

When we create the body we want, according to Rhonda Byrne, author of The Secret and Esther Hicks we're the attraction law and our RAS thought-power to our advantage.

In short.... if you don't get your 'MIND' OVER FATTER, the law of attraction will always keep you getting fatter because you haven't discovered the secret doorway that already exists inside of you, to creating what you want.  Remember I said it's hidden in your brainstem just between your ears?  It's your power center. 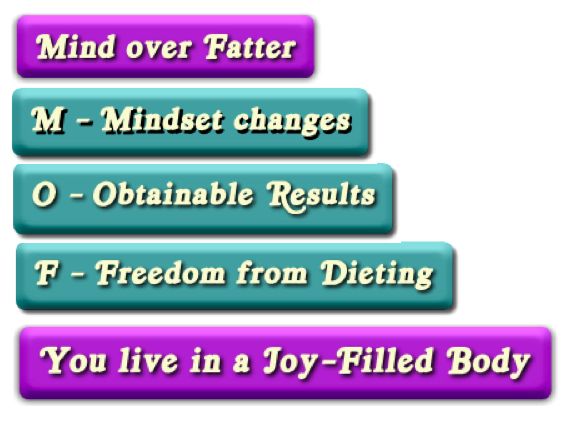 Just love this video of Jim Carrey - watch from about 10 minutes where he talks about the law of attraction.